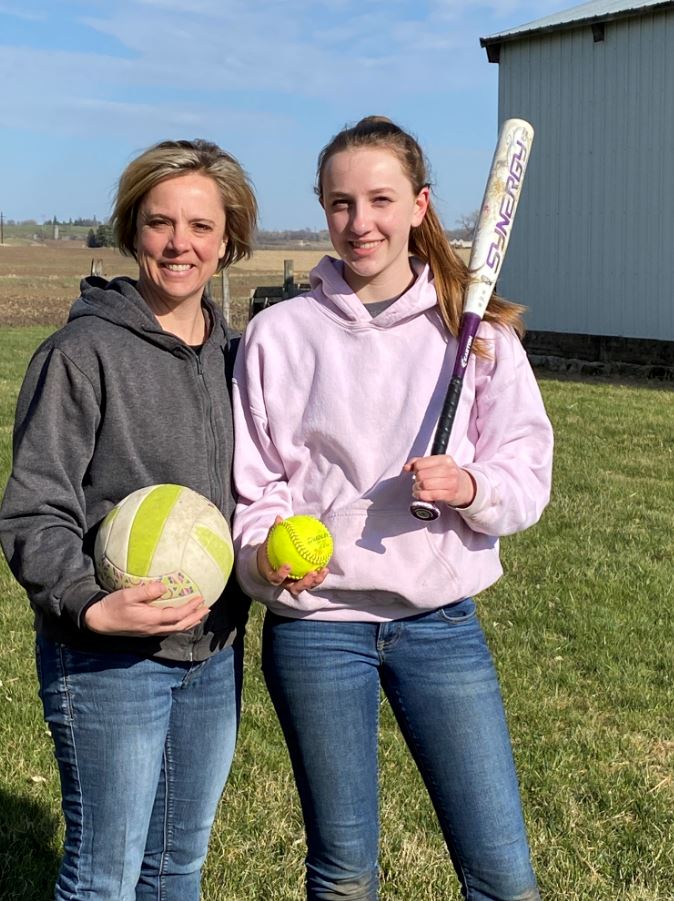 April is National Occupational Therapy Month. Pictured is Occupational Therapist, Tami Gebel, with her daughter, Alaina. Tami had to turn from mother to therapist to help her own daughter recover from the first sport related injury to occur in her family. She modified clothing to fit over her large bulky casts, taught modified ways to get dressed, and washing her long hair with only one hand, among many other daily tasks that Occupational Therapists teach when helping all their patients return to their normal life.

I have been blessed to be an occupational therapist in Waukon for 21 years now.  I met my husband in Waukon, and now we are raising our two children here among all the wonderful people in Allamakee County.  I have had the opportunity to work in all the different settings such as hospital inpatient and outpatient, home health, nursing homes, and schools. I have helped people who were dealing with injuries, accidents, surgeries, diseases, and illnesses.   I have learned from all of the experiences and from all of the people with whom I have worked with, patients and co-workers.

Over the years as a therapist, I have worked with people following sport injuries.  I have developed treatment plans with the patients to regain the skills needed to return to the sport.  I have worked with people who had injuries that did not require surgery in regaining strength and mobility.  I have worked with patients who were recovering after surgery, followed doctor’s protocols, yet worked at attaining the patient’s personal goals. Throughout all of these times, I used my education and knowledge, compassion, and empathy for each person’s life situation, to help each and every patient return to their normal life.  However, last summer there was one experience that was new to me.

Last June, my daughter, Alaina, was excited to play her first year of softball for Waukon High School under the coaching of Mr. John Snitker.  She practiced and played hard. She loved stealing bases for her coach and for the challenge of seeing if she could be successful at getting one more base closer to home plate.  It was during one such time, that she slid into third base with the wrong posture in order to prevent being hit in the face by the incoming softball.  As I watched as a mother, I knew something was wrong, it was not my daughter’s normal sliding posture.  As I watched as an occupational therapist, I knew that her sliding posture with her hand down to catch herself would not be good. It was a sport injury occurring right in front of me.  Following the game, I did what I had been taught in school to treat an injured joint.  We iced the wrist, splinted it, and rested.

This was the first sport related injury to occur to one of my family members.  After many months of trying to return to normal life activities, such as playing softball and volleyball, participating in drumline and band, and showing livestock at fairs, my daughter decided that she could not participate in the activities that she loved due to the severe pain in her wrist. My daughter decided to undergo surgery to fix the torn ligament in her wrist.  She spent three weeks in a cast which extended from her fingertips to her armpit, then four weeks in a cast that covered her hand to just below her elbow.  After that, she hoped to be free, however she was placed in a hard splint for another four weeks, which she could remove only for showering and exercises.

Throughout these months, I watched as my daughter struggled with everyday normal activities, from dressing, bathing, cutting food, and attending school.  It was then that I turned from mother into therapist.  I modified clothing to fit over her large bulky casts, and I taught her modified ways to get dressed.  We covered the cast for showering but she had to learn how to wash her long hair with only one hand.  However, there were other tasks that she had to lean on others, such as friends and teachers, to help complete, such as tying her shoes during PE class, and opening a milk carton.  I also had to comfort my daughter as she dealt with the anxiety and disappointment of not being able to participate in the activities that she loved.

Being my daughter’s therapist has been one of the most difficult, emotionally trying, and yet most rewarding jobs that I have done since becoming a therapist.  I used my training to treat her before surgery, and then followed the doctor’s specific protocol after surgery.  I taught her how to complete daily activities one handed and helped by changing or modifying her environment to be successful.  Now we are in the rehabilitation phase of helping her regain strength so that she can return to her beloved activities, such as participating in sports, playing percussion and piano, and showing livestock.  Helen Keller once said, “What we have once enjoyed we can never lose.  All that we love deeply becomes part of us.” 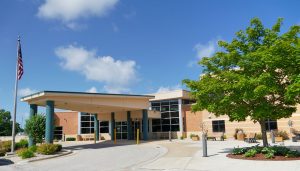 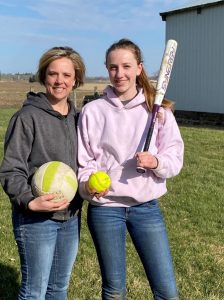