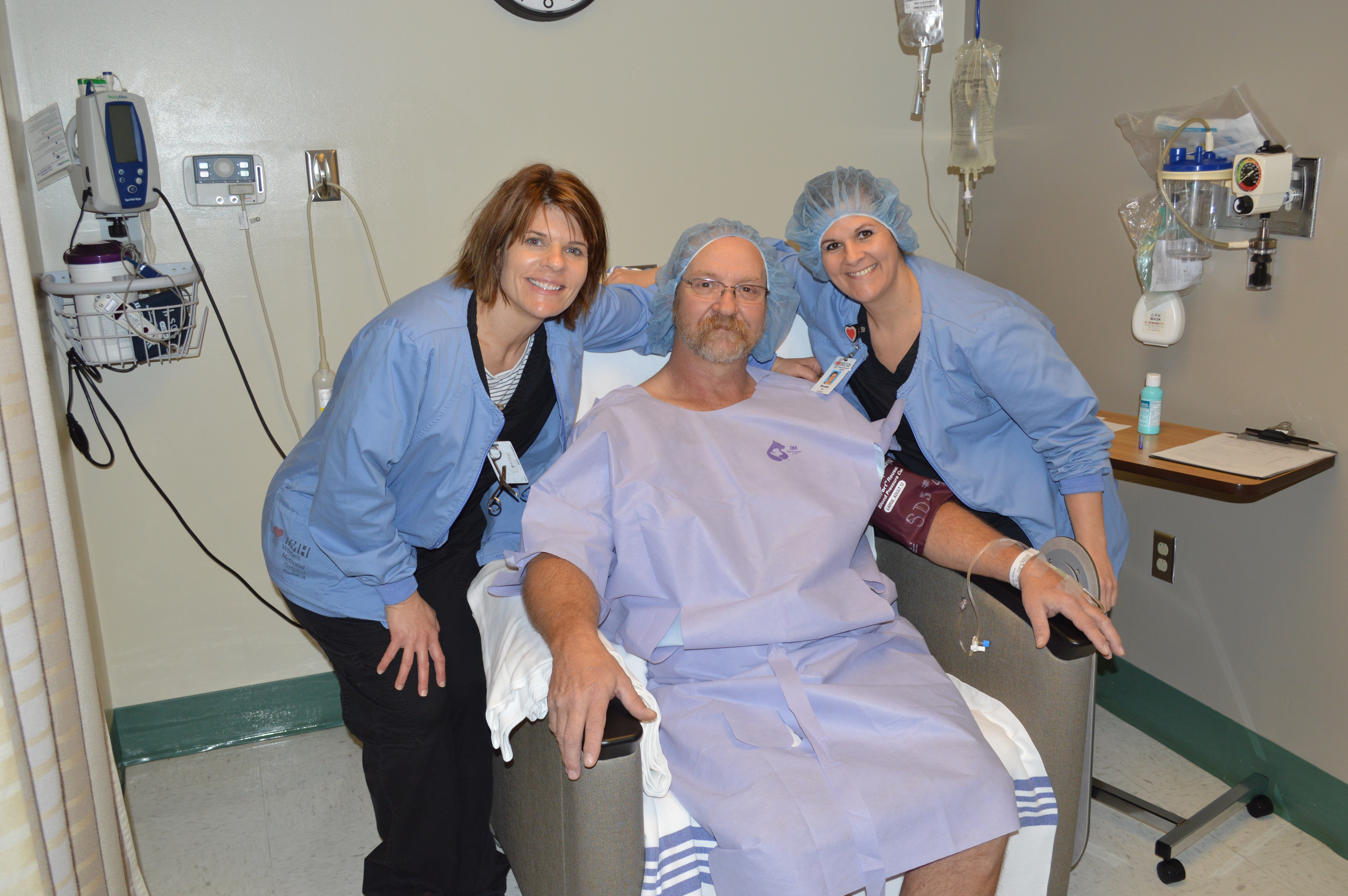 Scott Butikofer of Cresco was having significant trouble sleeping at night due to the tingling and numbness in his hands from carpal tunnel syndrome.  He had one hand surgically repaired at Veterans Memorial Hospital in November and was elated with the results.  His second hand was then completed the very end of December.

“The numbness and tingling was so annoying at night, I was definitely awake more than I slept,” states Scott.  “I was doctoring in Cresco and my physician very confidently referred me to general surgeon Dr. Yee at the Gundersen Clinic in Decorah to perform the surgery.  Because my health care deductible for the year was met, I really wanted to get the two surgeries on both hands completed by the end of the year.  Since the end of the year was coming fast, Decorah was unable to squeeze me in for my first surgery in November, so I decided to come to Waukon since Dr. Yee also does surgery there.  I was so pleased with the outcome, I cancelled my second surgery scheduled in Decorah and rescheduled it in Waukon.”

“Scott’s trouble is not uncommon,” states Dr. Philip Yee, Gundersen Health General Surgeon at Veterans Memorial Hospital. “Many experience these same symptoms in addition to occasional shock-like sensations that radiate up through the fingers, and weakness and clumsiness in the hand which may cause you to drop things you are holding onto.  These feelings are caused when the median nerve in the wrist is squeezed or compressed.  It most cases it will continue to worsen if left untreated.”

Julie Rosel of Decorah experienced many of the same symptoms as Scott—numbness and tingling in both hands and pain that radiated up into her shoulders and neck. This caused Julie to frequently lose sleep, and dramatically altered her daily activities.   “It was getting to the point where it was difficult to grip the steering wheel and drive,” states Julie.

Though she tried numerous alternative treatments, such as braces and exercises, nothing helped. Julie chose to come to Veterans Memorial Hospital and visit with orthopedic surgeon Dr. Val Lyons.  After Dr. Lyons performed an EMG, she was diagnosed with severe carpal tunnel syndrome in both hands. Due to the length of time she had been battling this condition, Dr. Lyons was guarded, but hopeful for a successful outcome.  Julie opted to go ahead with surgery.  “Anything had to be better than what I was living with,” she recalls.

Carpal tunnel syndrome can be due to repetitive motions such as typing or any wrist movements that are repeated over and over, especially when the hands are held lower than the wrist.  But often people never know what caused their carpal tunnel syndrome.

“I was just tickled pink about the entire experience.  Everyone from top to bottom at Veterans Memorial Hospital, from the time I arrived to the time I left, treated me like I was the only person in the hospital that whole day,” adds Scott.  “The experience was just above and beyond.   The surgery with Dr. Yee lasted only 45 minutes and I woke up without any of the tingling and have not felt it since so I was very ready to get the next hand done.”

Julie is equally happy with her experience and results. Her surgery was performed using a local anesthetic, and was very quick, lasting approximately 15 to 20 minutes. She has since regained full function of both hands with no numbness, tingling or pain. “They are awesome!” she exclaims.

Dr. Yee adds, “Other measures, such as wrist braces and injections, are tried first prior to surgery, but when they are unsuccessful, our next best measure is surgery, which has a great success rate.  The downfall is the amount of recovery time which can take several weeks.”  Julie found that by adjusting a few of her work duties, she had very minimal down time.

While different surgeons have slightly different approaches, carpal tunnel surgery is a relatively simple procedure. An individual consultation is needed with either Dr. Yee or Dr. Lyons to see if surgery is the right option for each patient. Anesthetic options will be discussed at that visit as well.  Preparation for the surgery is minimal – just a thorough cleaning of the operative hand with a special cleanser prior to arriving at the hospital. It is also helpful for the  patient’s recovery to think about what activities they  may need to alter or avoid until after the prescribed recovery time.

“If I knew of someone who needed this surgery, I would send them straight to Waukon to get it taken care of,” concludes Scott.  “I just couldn’t have been happier.”

Julie agrees, stating, “I wish I would have done it sooner.”

Scheduling a consultation is a simple phone call to the Veterans Memorial Hospital Surgical Coordinator at 563-568-3411. Once the consultation is complete, surgery can usually be scheduled within a couple of weeks, if not sooner.

“Make a Splash” With Water Births! 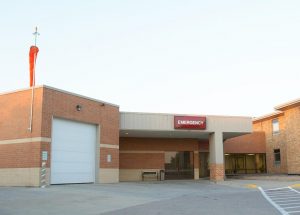