The summer cookout season is officially underway in Iowa. Along with it comes the danger of under-cooked meat or meat that has been improperly prepared and the illnesses it can bring. Each year, many  get sick either directly of indirectly from food items that haven’t been properly prepared.

One of the major dangers when meat is improperly prepared is E. coli 0157. Iowa State Epidemiologist Dr. Patricia Quinlisk said there is one simple rule that can cut down on the number of E. coli 0157 illnesses. “Cook all ground meat patties and poultry until the center is gray or brown. All juices running from the meat should be clear, with no trace of pink or cloudiness.”

Other tips included the following:

Each year, many cases of E coli are reported in Iowa. Additionally, other food-borne diseases such as salmonella, giardia and shigella impacts hundreds of Iowans each year.  Those steps will help anyone avoid problems caused by bacteria that can thrive in unsanitary conditions.

COVID Vaccine-Available for Ages 12 and Up

“Get Your Walk On in Waukon” Family Fun Walk with Optional 5K During Waukon Corn Days—A Free Event! 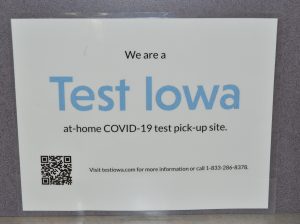 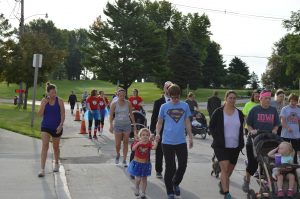 “Get Your Walk On in Waukon” Family Fun Walk with Optional 5K During Waukon Corn Days—A Free Event!