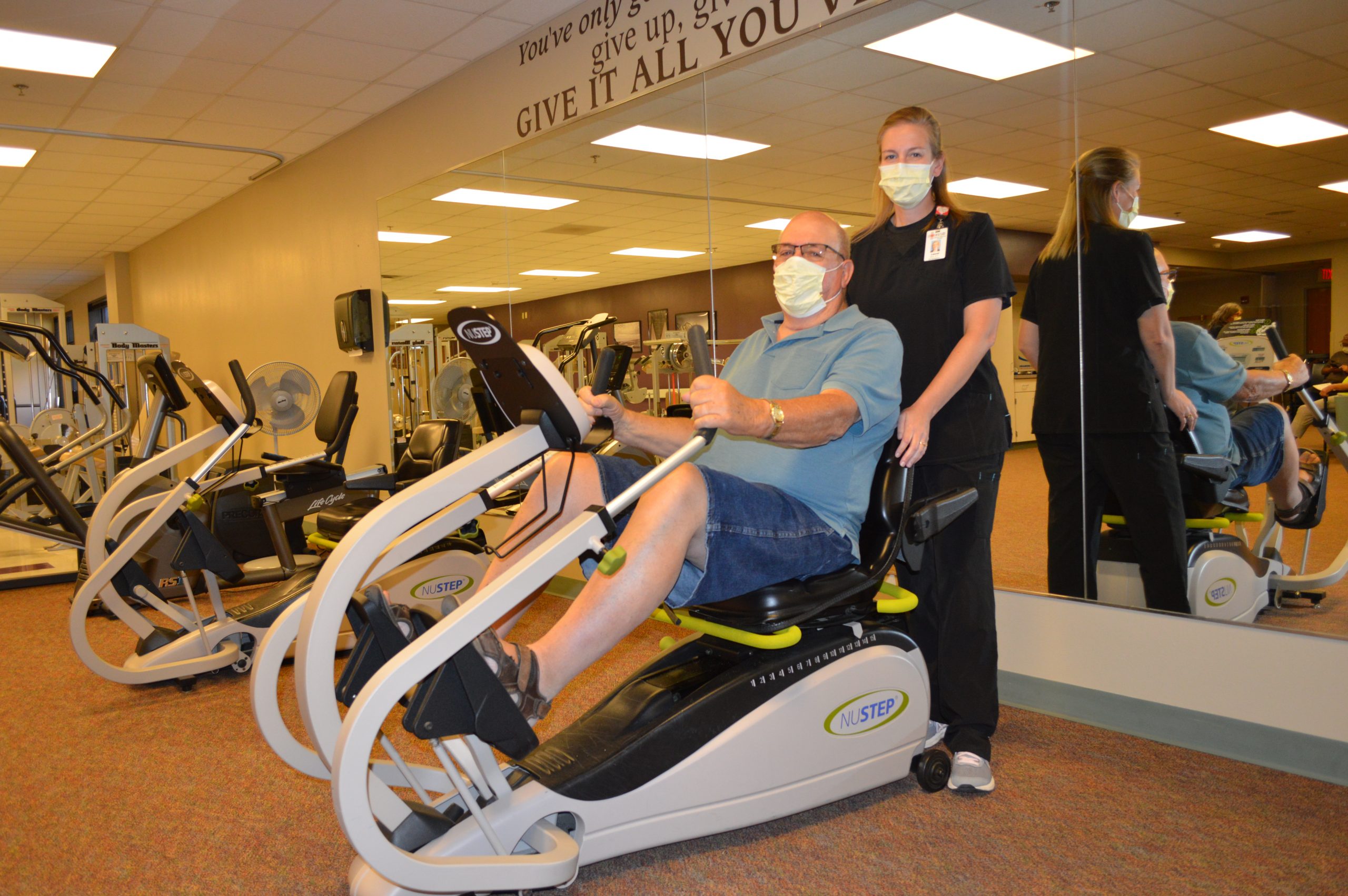 October is National Physical Therapy Month.  The Veterans Memorial Hospital Rehabilitation staff works with people of all ages, helping them to reduce pain and regain strength, independence and health, assisting patients within the hospital, patients in the hospital on a skilled level of care, as well as outpatients and in the patient homes.

Jim Waters of rural New Albin had a knee replacement a couple of months ago and chose to come to Veterans Memorial Hospital for his therapy following his surgery.  In his own words, he explains his experiences and trust in the hospital services and staff.

“I have used the Veterans Memorial Hospital physical therapy many times over the years.  I chose to come back here following my knee replacement because I have always had great experiences here,” explains Jim.  “I was instructed to do therapy before my surgery as well, and also completed that here.  But my experiences in Veterans Memorial Hospital in Waukon began long before this knee replacement.”

“Since 1977, I have had three hernia surgeries in Waukon, all performed at Veterans Memorial Hospital. Plus I was in the hospital for 11 days with a blocked intestine and they healed me here without any surgery.  I spent another 5 days here a few years later with a similar problem, and again was healed without any surgery,” adds Jim.  “I had a broken leg set here in 1985 again with great results and no surgery.  I tried the stem cell procedures and they helped buy me more time before I had to have an actual knee replacement.  And once after falling down my basement steps, I had an ambulance ride to the hospital from my home and completed my therapy here once again.”

“I believe in this therapy department so much.  A number of years ago I was told by my doctor I needed to have three vertebrae replaced, but instead I chose to try therapy instead and after just two sessions, I was healed and never had to have that surgery.  I knew when I had my knee replacement, I was definitely coming here for my therapy, and I will again when I have my other knee done next year.”

Jim goes on to comment about the proposed city to county conversion of Veterans Memorial Hospital to move from a city owned hospital to county owned, which will be on the general election ballet on November 8 for all Allamakee County residents to vote on.

“I sure hope this vote goes through.  Even though I live near New Albin, I calculated what my tax increase on my property would be compared to the expense of driving to La Crosse for my therapy following my surgery.  I figured that driving to La Crosse three times a week for six weeks would cost me twice what my annual tax increase will be,” explains Jim.  “There is nothing wrong with going to La Crosse, but I know that when I am a patient here, my wife can park the car to come visit me and walk just 100 feet and be inside the building and walk less than another 100 feet and actually be in my room and that’s priceless.  It would kill this county if this hospital had to close.”

Monkeypox: Facts from the Centers for Disease Control (CDC) 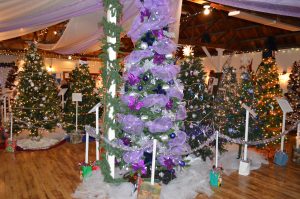 “Making the Future Bright” at the 31st Anniversary Christmas Fantasy 2022 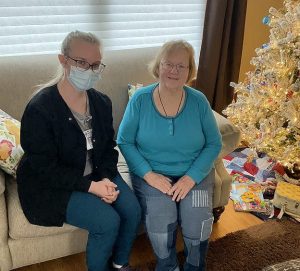